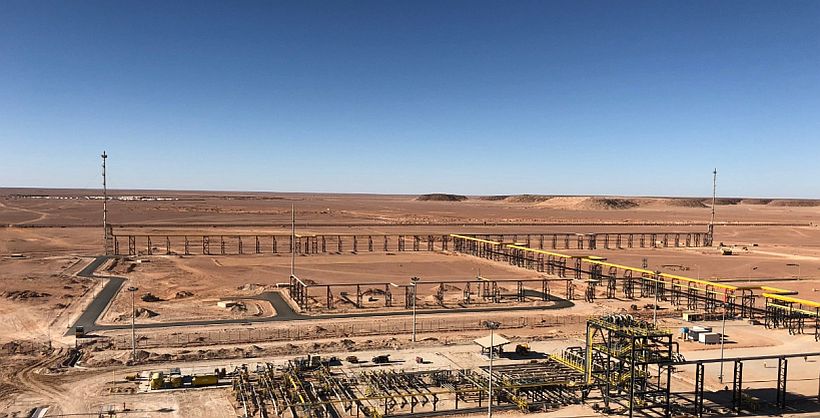 Neptune Energy and Sonatrach announced first gas export production from the Touat gas development in Algeria. Touat will deliver around 75,000 barrels of oil equivalent per day at plateau (around 450 million standard cubic feet of gas).
The development, located around 1,400 kilometres southwest of Algiers and close to Adrar, comprises 19 development wells, a gas treatment plant for gas and stabilized condensate with a gathering network and export pipelines.
Production from Touat will represent around six per cent of Algeria’s total gas exports and will be in production for more than 20 years. The project has involved the installation of a connection to the main GR5 pipeline, built by Sonatrach, to collect the gas from South West Algeria and bring it to Hassi R’Mel, located around 800 kilometres to the North.
The Touat Project is led by Groupement Touat Gaz (GTG Partners), consisting of Neptune Energy Touat1 and Sonatrach (35%). It is Neptune’s first co-operated project in North Africa.
Jim House, Neptune CEO, said: “We have made significant investment in the Touat project and this milestone represents a series of firsts for our business; the first North Africa project we have seen over the line and the first we have taken forward as an operator in the country, alongside our partner Sonatrach. Algeria is of great strategic importance for our global gas production portfolio and this development underlines the substantial commitments we have made to both enhancing our footprint in the country and to building on our strong, long-term relationship with our partners.”
Philip Lafeber, Neptune VP for North Africa & Asia Pacific, said: “With Phase I complete, we now look forward to implementing Phase II, which covers the remaining eight fields which will help to maintain the plateau of 450 mmscfpd for many years to come.”
Set up in 2015, Neptune Energy is an independent exploration and production company with a regional focus on the North Sea, North Africa and Asia Pacific. The company is headquartered in London.
(Source and image: Neptune Energy – Sonatrach facility in Touat gas field )